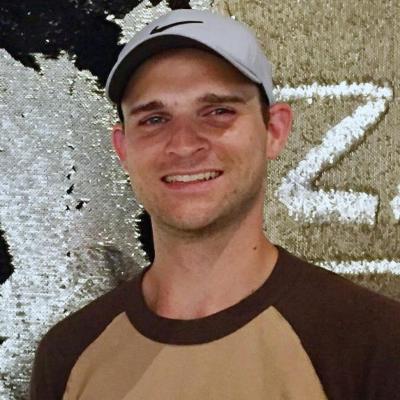 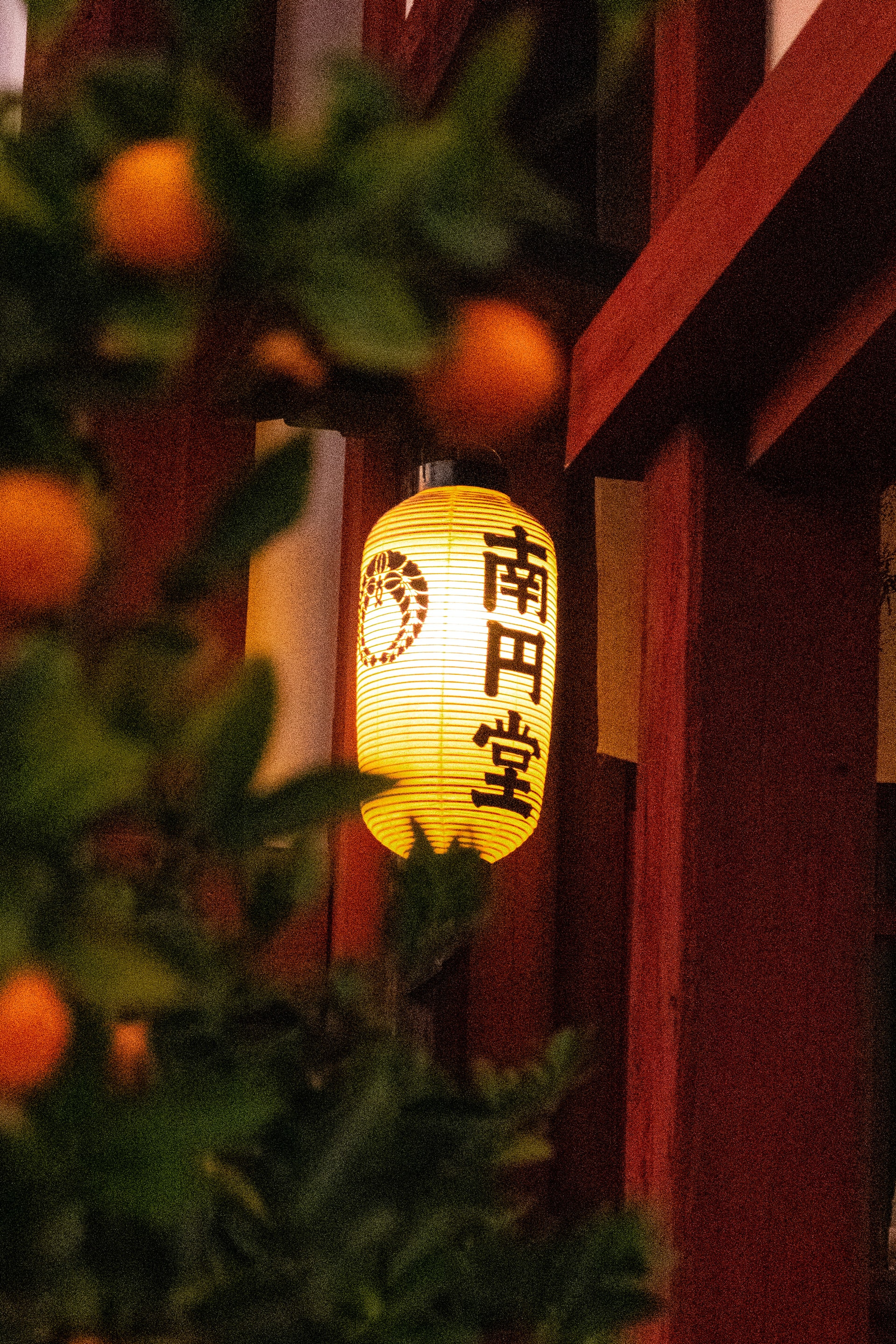 I recently celebrated my third year working as a consultant in the travel industry for one of the world’s largest booking sites. Full transparency, I’ve been through at least 5 team restructurings, migrated large on-premise software solutions into the cloud, transitioned through one acquisition period, as well as the entrance / departure of a CEO or two. I did this all while learning a lot along the way with a new collection of wonderful coworkers, managers, and friends. I think it’s safe to say, for most companies that doesn’t happen in such a short time window.

With all that being said, I am honestly very hopeful for the future of this company, even as a non-full-time employee. Current team moral is not as bleak as you might expect, and the problems that we have been tasked with are ultimately helping the company expand their software solutions in brand new ways, and aims to save costs over alternative cloud-vendor provided solutions.

However, this post isn’t going to be about my career or really about me at all (still haven’t written the About section of this site, as of this post). I wanted to take a moment to address how some people might observe that travel will never be the same. Now, while that might be true, I think there are definite ways to address the economic downturn and workaround the problems of transmitting this disease as well as any in the future.

If history were to teach us anything, it is that many travel companies have come and gone; and that the stock markets are not representative of the overall industrial economy. Yes, manufacturing is halted and consumer travel is down, but it is because, as a species, we have the psychological instinct of fight-or-flight. To save the travel industry, we must come together (but not within 6 feet of one another) now to fight the spread of disease. Doing so, will make it safer for us to experience the thrill of traveling via flight.

Current travel companies need to fiscally go into hibernation mode by reducing operating expenses. As they burn though overhead of current costs, they will need government assistance via a bailout or loans. Just as GM, Chrysler, and Ford are still around today, despite the bailouts from 2008-2014, this does not mean they will go away any time soon. Nor will it introduce space for a market disruptor that could put the major airlines out of business, similar to how Tesla isn’t dominating the auto market.
One way to cut costs would be to invest in more automation, robotics, and 3D printing. These offerings are in a prime marketplace for continuing to manufacture parts, on a distributed assembly line. The machines could be programmed remotely, via secure means of network communications, thus not putting employees out of work, and while keeping them safe. This setup would require several employees to build the assembly lines, install the robotic arms, and network topologies. Then finally, there ought to be a team of security engineers to expose the network in a remotely accessible way. During times where people are not traveling, it gives time for internal R&D outdated software systems need upgraded faulty account profiles can be cleaned up, and the list goes on there. For any physical travel vessel, existing equipment can be cleaned down, fixed or upgraded, and overall modernized. I’m sure I’m not the only one that has had a tray table that was a bit wobbly or observe the stitching of the magazine net in the back of the chair had come undone.

Regarding the flight industry, take note, modern aviation is only about a century old. As much as I would like to travel the U.S with a group of people in the basket of a hot-air balloon, I recently watched Aeronauts on Amazon Prime, and that scared that thought out of me. For our eldest relatives, the furthest reaches of the globe were in no way accessible to them, financially or even physically. Consumerism and globalization have put these places within reach of the average consumer.

For the cruise industry, it has existed for several centuries (e.g. Vikings, Roman Empire, colonialism), and various rounds of deadly flus and pandemics have existed through those time periods, and yet here we, the human-species, still exist. It is very unfortunate that some ships have been left out at sea as floating petri-dishes, unable to have passengers disembark back to their loved ones, but thankfully those restrictions have relaxed over time.

Hotel chains, resorts, casinos are obviously taking a hit, but there’s also people who are unable to pay their rent or mortgages. I say, assuming there are rent or mortgage forgiveness programs, let the extra vacancy of nightly rooms accommodate some of those people, even at a reduced rate. Additionally, have the hotel staff be classified as essential workers, and trained in how to appropriately protect both themselves and the hotel residents.

And finally, vacation rentals are in an adjustable market while landlords look for options to avoid going though the process of eviction. Should renters be unable to financially pay for their residence, I would imagine a system where the renter could assist in repairs and renovations of their residence in exchange for a reduced rent payment, or perhaps even equity up to the difference that they helped add to the property’s market value.

Lately, I’ve seen advertisements for virtual tours, either with proper VR gear or simply screen sharing with a random person. That random person acts as a self-guided tour for the parts of town they interact with, or they accept requests on things to see from the caller. While it is a novel idea, virtual tours are not a replacement for experiencing the modern wonders of the world, in-person.

In my opinion, public transit is risky, but private cars are still safe. Road trip to the depths of the Grand Canyon, peaks of the Rockies, out to the coastline, or into the forested areas of the Midwest. However, unsurprisingly, car rental industry is taking a hit as well. And most of everyone is working from home, so maintenance shops and gas stations would offer reduced hours. Meanwhile, drive-up carwashes or auto parts stores are still everyday businesses that should remain available.

It is unfortunate for some political pundits to make claims and statements that ignore the facts surrounding this crisis. In reality, it originated in an unsanitary environment, with no public health considerations, and if we’re being honest, it could have started anywhere. I predict on the recovery period of this pandemic, that there will be some globally recognized pact of Pandemic Prevention Committee, possibly separate from the UN that acts in the favor of the general health of the human species, hopefully putting aside religion, political, and racial divides. The virus is not selective in who gets infected and there is no Übermensch , to my knowledge, that is naturally immune. If we do not protect ourselves now, the disease or its spread will get exponentially worse, as the data shows. It then poses a threat on the level of, at the worst, extinction, with a better case that permanent lockdown will become a reality even more-so than the current conditions, while our doctors and trained medical professionals work tirelessly to make the hard decisions about who should and should not receive treatment.

Best care scenario is that more jobs are less human-to-human, more companies embrace remote work opportunities or otherwise provide a form of separation between staff and customers. I would personally like to see that proper hygiene training is well-engrained in our education systems from an early age. Maybe one day in the near future, face masks become a regular fashion item on the order of watches or glasses. In addition to improving one’s sight or time-keeping skills, taking measures to prevent one’s exposure to air-particulates from the environment seems like a good investment into one’s well-being. When out in public, it’ll just be a regular item that everyone maintains; some masks will be colorful or artistic, others will become mini-billboards for targetted advertisement opportunities or self-branding. Ultimately, it will just be part of a wardrobe set, like a “3-piece suit” or “fall dress” with respiratory shield.

In conclusion, in the current times, I am reminded of the movie, The Aviator, in which Howard Hughes, depicted by Leonardo DiCaprio, brings himself to #selfisolate and deal with his OCD and anxiety. He built up Trans World Airlines (TWA), a company built during the #greatdepression era, only a few decades following the successes of the Wright Brothers at Kitty Hawk. TWA went bankrupt on multiple occasions over the last century, only to be bought out by none other than present-day American Airlines.

Shout out to Kate Beckinsale 😍.

Fun fact: Did you know she doesn’t heavily drink or partake in drugs?. I guess that’s the secret to looking young. ¯\_(ツ)_/¯

To Mr. Hughes - God bless you for your innovative mind of shaping the airline industry into what it is today, and may you be safe, Q-U-A-R-A-N-T-I-N-E-D in your final resting place.

As for me, if you’ve read this far, thanks a bunch! With this “wellness retreat,” as one of my Amazon Alexa podcast skills calls it, I now have plenty of time to devote back into this site and other side-projects I’ve been putting off.